Beijing – Have an Amazing Holiday in the Celestial City 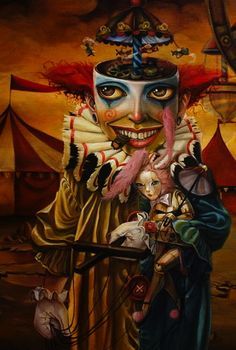 Located on the north-east of China, Beijing is the cosmopolitan capital of business and leisure. It is one of the most populous cities in the world, with a population of more than 19 million. It is China’s political, educational and cultural center.

Although the city is busy the whole year, spring and autumn are the most popular seasons to visit the city. However if you are planning a vacation in spring, watch out for sporadic sandstorms. Summers are hot, humid and crowded so think twice before visiting then. You can visit in winter if you want lesser crowds and cheap plane tickets. Do not visit during public holidays as it gets very crowded.

Being the epicenter of Chinese culture, the city has many national, historical and cultural sites. Forbidden City is the historical center of the city. It is a huge palace compound where the emperors of Ming and Qing dynasties used to live. It is home to the Palace Museum, where the collection of Chinese art will surprise you.

The destination has a complex religious culture. It has inputs from both the traditional religion and old philosophy. The citizens can practice in a number of faiths together. Buddhism, Daoism and Confucianism are the three major religions followed, but you can also find Islam and Christianity slowly making their way into the culture. Temple of Heaven is one of the popular religious sites you must see.

The city has more than 100 museums for you to choose from. In addition to the Palace Museum, other museums worth a visit include the Capital Museum, the National Museum of China, the Beijing Art Museum and the Military Museum of the Chinese People’s Revolution.

Beijing Cuisine, the traditional cooking style of the city, is also known as Mandarin Cuisine. It is a mixture of culinary traditions from all over China, mostly the eastern coastal province Shandong. Peking Roast Duck and Fuling Jiabing are the most popular dishes in the city.

Nightlife in the city has a lot to offer. From extravagant dinners and breathtaking shows to exotic night snacks and romantic bars, there’s nothing you can’t enjoy as evening falls in the city. The streets and buildings are lighted and there is a wide array of events and activities. Donghuamen Night market is a famous night hangout.