Hereford – For a Bit of Culture 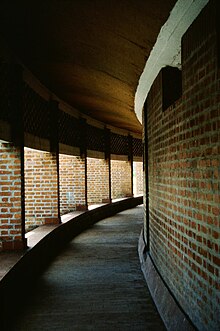 Hereford, the major city of Herefordshire, as well as being part of one of the most beautiful counties in England, has more than its fair share of culture. And best of all, two of the city’s most prominent museums are admission-free.

The Hereford Museum and Art Gallery can be found at the far end of Broad Street, which is just off the main town square. It’s housed in a decorative Victorian gothic building above the city’s main library and there’s been a museum exhibiting artwork and local artefacts at this venue since 1874.

As you enter the building, you’ll see some display cases with a taster of what’s to come; these displays are changed on a regular basis. The museum and art gallery proper are on the second floor – though there is access for wheelchair users via a lift. As the stairwell sweeps up to the floor above, you can’t fail to notice the valuable Kenchester Roman mosaic which covers a large area of the wall; although incomplete, it’s still very impressive. Various artworks are also displayed on the walls of the stairway.

Inside, the museum has a good collection of interesting local history. A timeline is set around the outer display cabinets and depicts important periods of history. Local events and places are represented with some interesting tales about local customs and there are costumes, swords and a variety of tools and implements.

The Hereford Museum and Art Gallery also believes in giving its visitors a chance for a little hands-on time, which is especially popular with children. There’s an unusual exhibit of a live beehive (fully encased) along with a two-headed calf, and a huge fish.

The art gallery at the far end of the museum hosts exhibitions that change every couple of months so there’s always something new to see.

The Old House is situated in High Town in the city’s commercial heart and is an astonishingly well-preserved 17th century timber-framed building. No visit to Hereford is complete without taking a look around inside. It was built in 1621 and started out as the shop and dwelling of a butcher. It’s been a museum and a Hereford landmark since 1929 and contains every kind of artefact needed for daily living in Jacobean times.

The furniture is all period style including a fine four-poster bed and, the items that often most delights visitors, authentic baby walkers, proving there really is no new ideas! There are some rare wall paintings too and, like the Hereford Museum, The Old House offers some hands-on activities for children including puzzles and reproduction clothing.

Because of its nature, the upper floors are not accessible to wheelchair users, but there is a virtual tour on the lower floor, which is fully accessible and there are Braille, audio guides and tactile images available.

You can fully enjoy your stay in Hereford by choosing from a wide selection of Hereford Bed and Breakfast.

For more information on places in Herefordshire, follow the link in the resource box below.