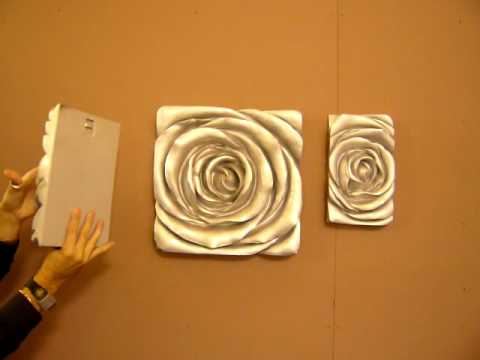 Few lyricists are more creative than New Yorker Mark Campbell. Three of his latest commissions have been showcased this spring on Virginia stages. He neither owns nor drives a car, but his imagination travels at supersonic speed.
In March, Signature Theatre of Arlington produced “And the Curtain Rises.” Music for the comedy about the near-demise of America’s first musical was composed by Joseph Thalken, recipient of Signature’s third Musical Theatre Composer Grant; the book was by Michael Slade and the lyrics by the prolific Campbell.
The world premiere of “The Inspector,” a comic opera commissioned by Wolf Trap Foundation for the Performing Arts, occurred the final week of April. This madcap show built upon greed, graft and mistaken identity was Campbell’s fourth collaboration with composer John Musto. Their first joint venture was the opera “Volpone,” also a Wolf Trap commission. The recording was nominated for a Grammy Award in 2010.
Their second opera, “Later the Same Evening,” was inspired by Edward Hopper paintings in Washington’s National Gallery of Art. It premiered at the University of Maryland and will be performed this coming summer by Glimmerglass Opera.
Their third opera, “Bastianello,” was based on folk tales. It celebrated the 20th anniversary of the New York Festival of Song where Musto’s concert songs receive frequent performances and was followed by a Wolf Trap Opera Company production in 2010.
“The Inspector” is the team’s re-imagination of “The Government Inspector” by Nicolai Gogol, a play that delighted Tsar Nicholas I for its satirical look at human greed and political corruption. The new setting is a small Sicilian town populated by scheming politicians who await a bureaucratic inspector dispatched by Mussolini. The Campbell-Musto version is not an adaption of the play, but sails off merrily to suit the unspoken requirement that all opera must be built around dire life and death circumstances. Musto, who leans toward Italian music, did not want to write a Russian opera, so Campbell began scouting about for a time of large bureaucratic rule and rising power. Having spent a month in Sicily, he concluded that the Mussolini regime, the period between 1925 and 1930, was the most amusing setting.
To launch the 15th Virginia Arts Festival on the 150th anniversary of the firing on Fort Sumter, the VAF committee recruited Campbell and Broadway composer Ricky Ian Gordon to create an appropriate musical to premiere at Norfolk’s Harrison Opera House.
Campbell is renowned for his wit, but he took development of the story and lyrics for “Rappahannock County” very seriously, frequently journeying by train to Richmond to study pertinent official documents, letters and newspapers.
He separated the script into five sections to focus on key elements in each of the five years that marked the Civil War. The 30 characters are played by five performers: two Caucasian men and one woman, and an African-American man and woman. As he developed the plot, he jotted ideas for songs on note cards. Of the thirty songs he sent Gordon to score, they selected twenty.
Campbell focused on records about the effect of the war on the people and the reasons citizens put forth for going to war and retaining slavery. The more he read, the more he realized that all of the arguments and discussions that have reemerged since President Obama was elected parallel many prevalent at that time. The lyrics of the opening number giving the religious justification for slavery come directly from a sermon he found in the Virginia Library archives.
In “Sanctified by God,” a minister cites scripture as proof that slavery is sacrosanct and for the common good. A woman in his congregation concurs, believing it to be “A Noble Institution” in which “our Negroes are a happy lot,” and a gentleman declares that the issue is not slavery but “States Rights.”
At the outset of the war, there were no decent maps for Confederate field officers. “Making Maps,” sung by Jedediah Hotchkiss, Robert E. Lee’s chief cartographer for the Army of Northern Virginia, expresses concern that his maps will destroy the world he and his fellow Virginians know.
“‘re aware the final goal…
Is not to orient a man, but parcel to a plan
For spoiling valleys, for torching forests,
For bloodying rivers, for rupturing ridges,
Fields, farms, paths, groves, all lost,
Leveled into an ashen heap…”
As the scenes progress from heralding a “Quick War” to the realization that the South is fighting a “Lost Cause,” Campbell’s songs convey the growing despair among Virginians. His final song, “April Will Return Again,” renews hope to all who have suffered…while acknowledging that a gentle April may be years away.