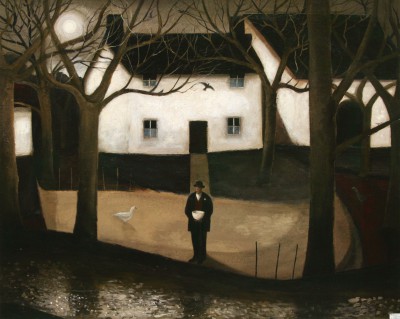 Bruce Lee was not the first person to advise not to play the other person’s game in a fight. But he was definitely the celebrity who popularized the principle. He got the message out to the offline martial arts world.
If it’s not too bold, I’d like to take some of the credit for promulgating the concept online. I started writing lots of articles that included the advice, starting in 1999-2000.
Briefly, it’s the idea of not wrestling a wrestler, not boxing a boxer, and so on. The chances are that an expert has more skill in his or her area of expertise. They know all the tricks. If you stick to their game, you’ll lose.
Your only chance is to break their rules. Don’t play their game.
The Martial Arts Range Game
This also applies to ranges.
Rather than giving advice like, “if the opponent has long legs, then don’t fight at a kicking range; get closer,” I think more general advice will be more beneficial.
My advice is, “Don’t give the enemy the distance that he or she wants!”
If you have played around with opponents before, then you know how to find where they are comfortable fighting. Often, they prefer a “sparring range.”
Simply find a way to avoid that (4-6 foot???) range, and you will take a lot of martial artists out of their comfort zones.
Let’s talk some more about how to do this….
Messing With Your Enemy’s Range
Imagine facing an opponent; he’s a big hairy guy with a scar down his left cheek.
As you square off with him, he starts to circle you… which is where the scene veers away from reality. In my reality, the enemy would be attacking… closing the distance quickly.
But let’s say you are training… and the big, hairy guy takes a stance at the edge of “sparring range.”
This is a possible scenario, right?
What do you do?
Well… you take a few steps back, quickly. What happens? The brute takes a few steps forward.
Next time, you rush forward (without getting picked off by the enemy). What’s the effect of your surprise, forward blast?
He takes a few steps back.
A light bulb turns on in your head….
Advance and Retreat in a Fight
You imagine combining both drawing him forward and making him retreat. You mix and match.
You step back, but as he steps forward, you change and step forward too. BAM — you surprise him with a hit or kick as the distance closes.
The next time, you take the step backwards, instead of changing direction, you continue to step back. Then maybe forward twice. Or forward once, back once, and then forward twice.
As I said, you mix it up.
The entire time, you have a goal, to avoid giving him his desired range.
Now, the real trick is to take your new skill and apply it to a real-life, self-defense situation. If you had a guy rushing you, ready to tear your head off, how could you use range to your advantage?

Learning Guitar: No Other Article Online Provides You These Tips

December 19, 2019 Abstract Painting Comments Off on Learning Guitar: No Other Article Online Provides You These Tips

Learning how to play the guitar is an activity that quite a few people want to try. However, many of those same people are the ones that never actually do it. That’s why this article […] […]

Playing Like A Pro: Beginner Guitar Tips And Tricks

April 22, 2020 Modern Paintings Comments Off on Playing Like A Pro: Beginner Guitar Tips And Tricks

Have you ever listened to a great guitarist and thought you would never be able to play so well? However, the guitar is one of the easiest instruments to learn on your own. To learn […]

Learn What Playing The Guitar Is All About

August 31, 2020 Buy Art Comments Off on Learn What Playing The Guitar Is All About

Do you call yourself a musician? Do you want to learn about playing a guitar? If you want to, you can. This article has great information to put you on the path. Keep reading to […]