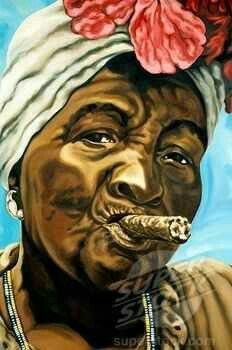 Artists are often very perceptive people – they create their works because of a necessity to express themselves, to show their feelings, opinions and reactions, to express their hopes. And since politics is everywhere in our life, often it is one of the things that artists are reacting to in some way.

Here we are not going to speak about how art can be used in politics. The aim of this article is to show how art can influence politics, how art can help people to discuss what is right and what is wrong, and even how art gives us an opportunity to remember our old significant mistakes, so we does not repeat them again.

The idea of how politics can influence art and vice-versa can be illustrated by the history of one painting, “Guernica” by Pablo Picasso. It was created by the famous artist in 1937 to the order of the Spanish Republican government and is dedicated to the bombing of Guernica (an aerial attack on the Basque town of Guernica by the German military unit Condor Legion in the period of the Spanish Civil War).

In this painting Picasso rejected realism, he drew only what he considered to be essential things, and he relied on the associative relations of viewers, so that we can experience the tragedy of these people. In the beginning “Guernica” wasn’t highly esteemed, but later it came to be held in high regard and Dolores Ibarruri, a Spanish Republican, said that even if Picasso hadn’t drawn anything except “Guernica” during his life, he would still have been one of the best painters of the period.

A copy of this painting was displayed in the United Nations building in New York City from 1985. In 2003, when discussions regarding the preparations for the Iraq war were ongoing, the painting was veiled with a blue curtain. The official statement was that the painting made a bad background for the diplomats’ press conferences, and the UN-spokesperson said “We had a problem with, you know, the horse.” In 2009 the painting was moved to a gallery in London.

Although “Guernica” can`t say a word, nevertheless it seems that we can hear bomb explosions and high-pitch cry through it, we can feel all its horror and hopelessness. This painting shows that art is not only a matter of a canvas with paint on it, but rather an expression of live history. It was drawn under the influence of political events, and now it influences politics. It forces politicians to think, to understand all the effects that can cause their decision. In this way, art has the ability to influence politics, just as it is influenced by it in its turn.