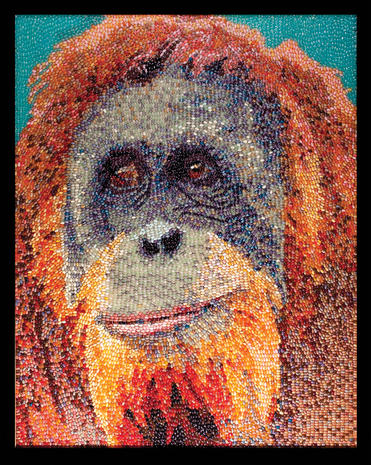 Looking back at this classic submission grappling match, there is much to learn from these two phenomenal athletes and Brazilian jujitsu black belts.
Marcelo Garcia is arguably one of the greatest grapplers that has ever lived, who has submitted larger opponents like Ricco Rodriguez. I say this because many people have claimed that he was beaten by Robert Drysdale stricktly because of Drysdale’s size advantage. While it is true that Drysdale significantly outweighs Marcelo Garcia, I will examine their match up and uncover why it was more than just a size advantage that was responsible for Drysdale’s victory.
The match started off with both of them battling for grips and you can clearly see early on that Garcia spent more time being the aggressor and looking for a shoot to get in. After about a minute in the match he succeeded at picking a single leg to which Drysdale remained calm and focused and regained his footing after being taken down only to be taken down again and end up with Garcia in his guard. But this is where Drysdale showed a very smart strategy and immediately stood up as soon as Garcia pulled out of his guard.
I would like to stress the importance of this strategy of regarding the guard as a transitional position and immediately standing back up from the guard as a superior strategy than just hanging out in the guard and becoming too dependent on it. More on this in a bit.
They lock up again and after a little bit more frustration on Garcia’s part for his inability to maintain the clinch and make it work for him he manages to shoot again this time he is countered with the D’arce choke (also known as the Brabo choke). This choke along with the Anaconda choke is an extremely effective counter for the shoot and here Drysdale managed to use it perfectly. Marcelo Garcia is to blame for attempting the same entry giving a very focused and strategic opponent like Drysdale a chance to focus on countering a predictable entry on his opponent’s part.
Drysdale quickly sunk it in place and moved in to position himself to use the most leverage to his advantage while using the choke to get on top of Garcia, but Garcia tried with all his might to flatten on his belly and resist but it was too late the choke was sunk in place and it was just a matter of getting the positioning on Garcia to apply the pressure necessary to secure the tap. This is where Drysdale’s size came into play and he was able to use it to force Garcia over into the right position and squeeze the choke getting the tap.
Drysdale won this fight by applying effective strategies like in standing up from the guard. The guard has become a go to position for some grapplers and this is not just a tactical error in a self defense situation it has enabled the sport of grappling to become boring because of this misuse of the guard.
This classic match should be viewed and analysed by everyone practicing Brazilian jujitsu, grappling and mixed martial arts. It will help improve your game better than most instructional dvds will.…