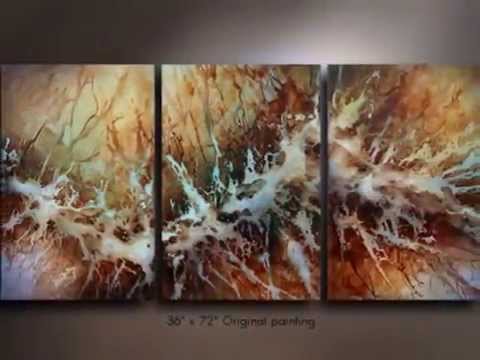 Despite being noticeably far away from such cultural centres as London and other urban art areas in the UK, Cornwall has an artistic heritage which stretches far into the last century. The region’s uniquely rugged landscape, temperate climate and intriguing history has influenced many artists and sculptors over the years leading to the establishment of Falmouth College of Arts (now part of University College Falmouth) and numerous other place of artistic interest. The western tip of Cornwall is particularly well-known for must-see sites for art fans – and this article details just a few key places.

Tate St Ives is situated just off Porthmeor Beach in this vibrant and popular town on the North Cornwall coast. The art deco building has exhibited many works from famous names over the years including Damien Hurst and Derek Jarman as well as many local artists including those who honed their craft at the St Ives School during its heyday in the 50s and 60s. The gallery currently has a diverse collection and is easily accessible via car and public transport.

Aside from the Tate, St Ives is also home to the Barbara Hepworth Museum which works to preserve the home and workshop of the famous sculptor who died in 1975. A sculpture garden exhibits much of her work, but it is also possible to see her living room and workshop which have been hardly touched since Hepworth’s death. For those with an interest in art history and its influence on the town, the museum is a great opportunity to explore the way Hepworth lived and to learn about her involvement in the Penwith Society of Art which she led with painter Ben Nicholson.

The south coast of Cornwall is also home to two distinctive galleries. Newlyn Art Gallery located in Newlyn just outside Penzance has been open since 1895 and was extended in 2006/2007. The gallery was originally intended to exhibit work from the Newlyn School of Art but in recent years has grown to incorporate work as far ranging as photography, abstract and modern painting, mixed media and sculpture – as well as hosting its own festival with music and poetry.

As part of major expansion work, the Newlyn Art Gallery team announced an extension to their existing site and a new in-town gallery called The Exchange in Penzance. The new gallery opened in 2007 and is free to visit all year round. It has since become well-known for the amount of public-participation events that happen there including Extended Play! and Transition 9 which both allowed the audience to take part in producing art. Penzance is easy to reach by car, bus and mainline train.