What Hides Beneath Geometrical Art? 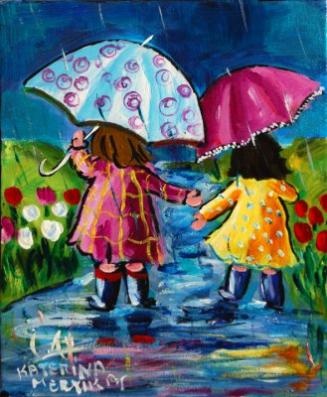 Geometry was one of the first disciplines we learned, though we did not know it at the time. Who, as a child, struggled to draw a straight line, one without a wiggle in it? And a circle, wasn’t that the most difficult thing to construct? They turned out like ovals, no matter how hard we tried. As we matured, the science of geometry seemed easier and our muscle coordination was much steadier, so the challenge of drawing a straight line mutated to the challenge of absorbing the ancient knowledge of geometry that the Greeks and Arabs perfected. Not a simple task, yet when we see geometry in art, we recognize it immediately.

The lines, curves and angles of geometrical art are pure and clean. There is no distinction between science and art in this genre, as the Islamic culture proclaims. Their geometrical art spans the centuries, as their beliefs did not allow for human representation in art. Arabesques and curves, intricate designs in the rugs woven by fine craftsmen and craftswomen, all portrayed a sense of art that is to be envied. The ancient Greeks, as well, drew shapes that symbolized themes in their culture and their vases especially have brought down to modern-day times the clean shapes of geometrical art. For example, the interlocking ‘Greek key’ design has lasted until now, as it graces blankets and pottery, necklaces and small paintings, anything that could bear this signature element of the Greek culture. Dramatic contrast of black and white and other hues is possibly the next noticeable aspect of geometrical art.

Lines and shapes are all well and good, but they beg to be filled in with color, so a piece of geometrical art by the quintessential geometrical artist, Piet Mondrian, plays with the notion that lines are actually outlines, and the color finds its way onto the painting in a very restrained manner. Indeed, restraint may be the keyword for geometrical painting, because the precision required necessitates a slower manner with more planning than abstract expressionism, which may be considered the absolute opposite of geometrical art. Measured compositions, akin to music in its regimentation, make for a piece of art that appeals to our cooler, more calculating brains than expressionism. What time it took to measure and paint these lines, we think, and how much planning.

Geometrical art has a relation to op art, because op art seeks to use the flatness of a canvas’s plane as a springboard to a three-dimensional experience and lines which are expertly drawn can give that impression. Escher is the most famous proponent of op art and his mind-bending drawings seek to expand our minds into the third dimension. It is a tribute to his genius that his work so often succeeds. A cleanly-drawn spiral in geometrical art, for example, utilizing some cross-hatching on the spirals, makes our minds think that we are seeing a revolving pinwheel. We may even become dizzy trying to figure out the means of execution that the artist has used! But in the main, geometrical art is measured and a wonderful addition to our collection, whether the piece is at home or in our office. Its smooth, mathematical style provides an intellectual bonus in the midst of a busy day. We can escape to a place where logic and mathematical precepts rule, and what a nice change that is from the norm.